In Memoriam of Captain Damien Niko 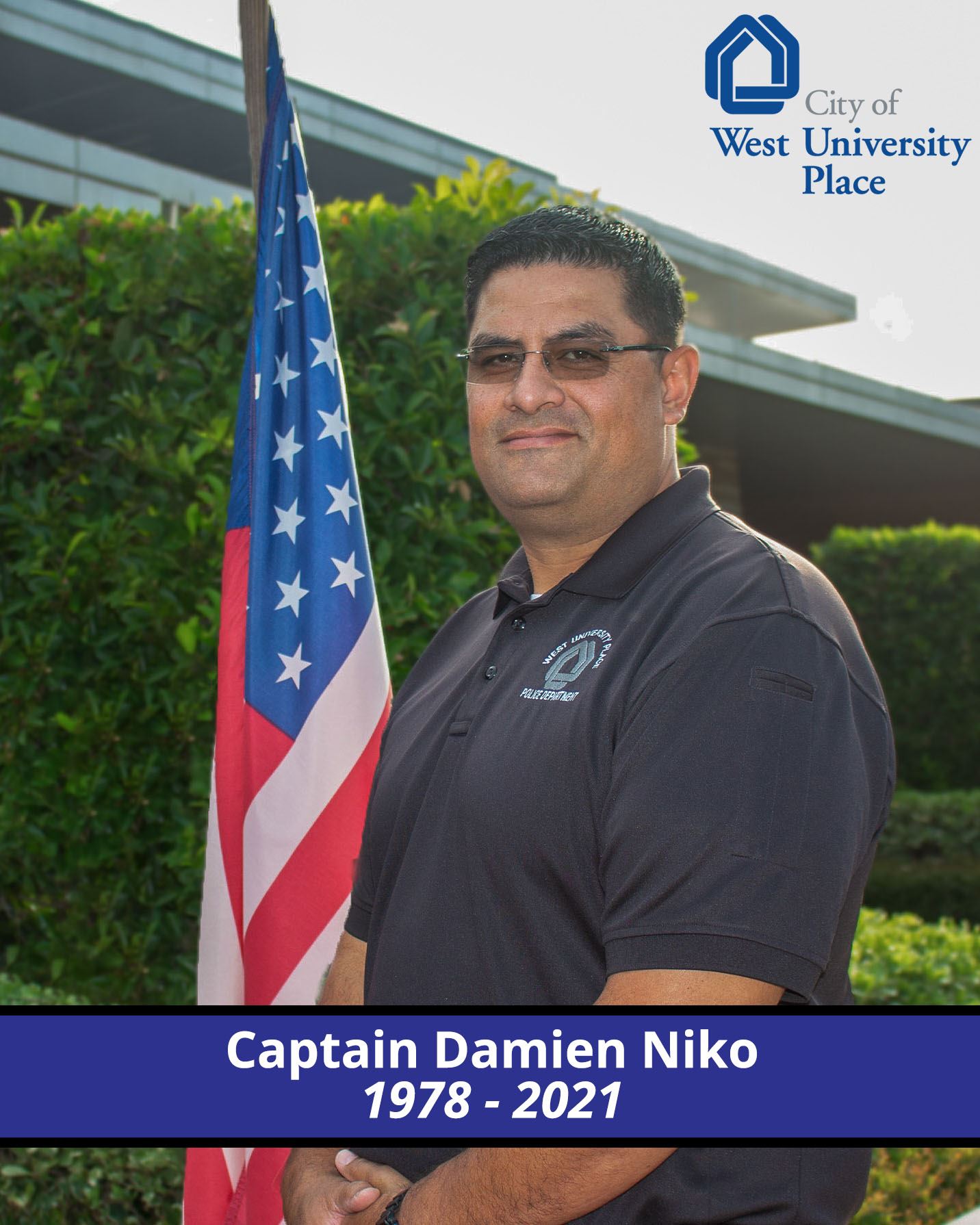 It is with great sadness that we announce the passing of Captain Damien Niko. Captain Niko passed away on Saturday, February 6, 2021. He started his career as a deputy jailer with Fort Bend County in 2006 and the same year joined the West University Police Department as a patrol officer. In 2009, he promoted to sergeant and in the Fall of 2018 promoted to captain. Niko is an alumnus of Arizona State University where he was recruited on a football scholarship and received his Bachelor’s Degree in Interdisciplinary Studies. In 2020, he received his Masters of Science in Business Management and Leadership from Western Governor’s University.

Captain Niko was an active member of the International Association of Police Chiefs and the Texas Police Chiefs Association. He played an integral role to the operations of the West U Police Department and will be greatly missed around the City.  Police Chief Ken Walker said, “The sudden loss of Captain Niko comes as a tremendous devastation to our department. Niko’s leadership, skills, and integrity led him to a successful career ultimately earning him the role as captain. His dedication to our family in blue is something that will be forever missed. My sincerest condolences go out to his family during this time.”

Captain Niko is survived by his wife and three children. In honor of Captain Niko, flags around West University Place will fly at half-staff until his internment.