Security cameras have long been an effective crime-fighting tool for homes, public spaces, and businesses alike. They serve as both a deterrent and a legal tool in solving crime. Expanding on this concept, the West University Place City Council has approved funding for security cameras at all entrances into the city.

The cameras will include license plate recognition (LPR) technology, which is the same technology currently being used on a few of the police patrol cars. The LPR cameras capture images of license plates creating a searchable database to aid in police investigations. The LPR cameras also informs patrol officers of stolen vehicles, amber alerts, and much more. 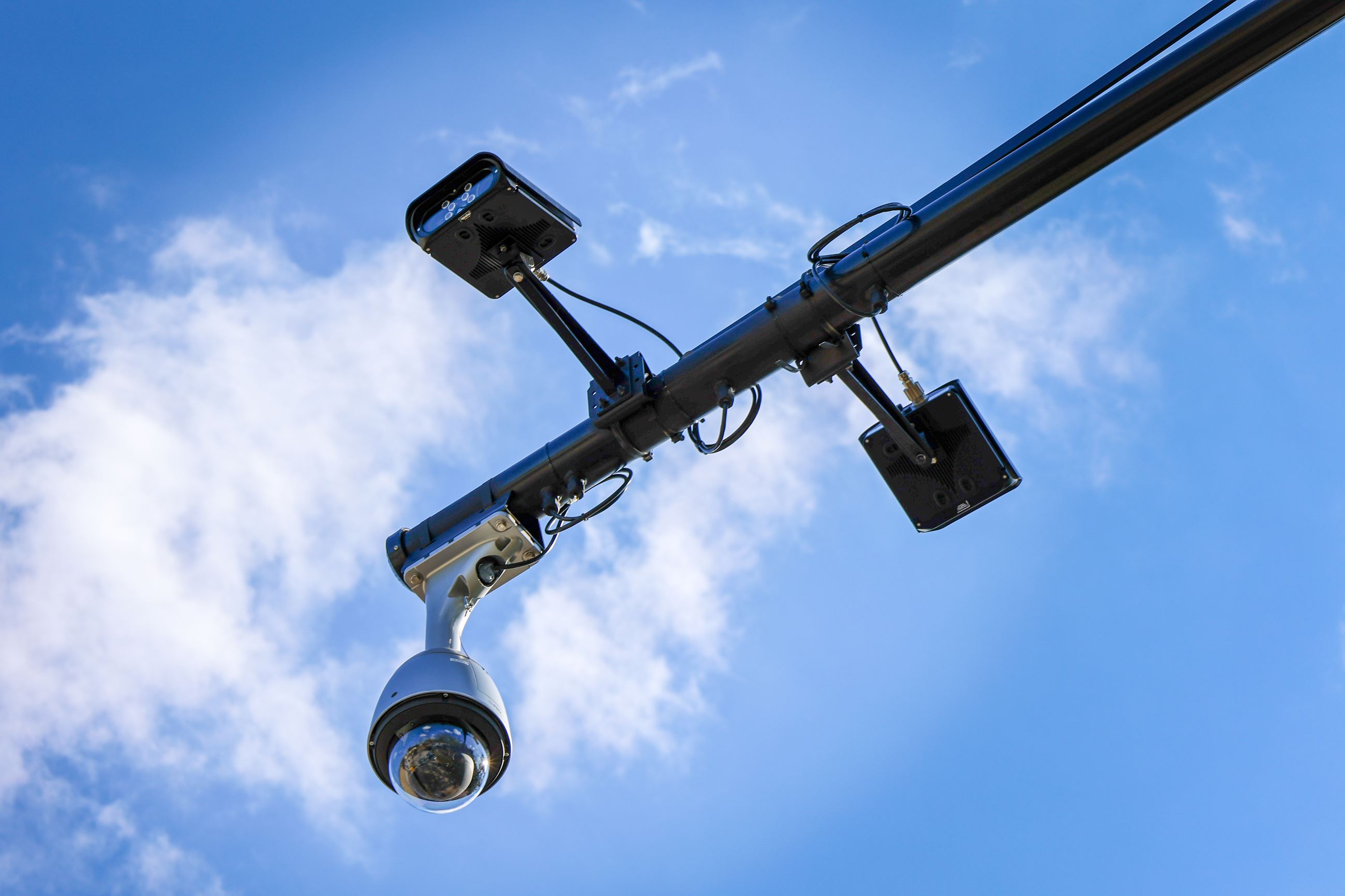 The system infrastructure is being designed to access local, state, and federal databases, plus support additional and future technological advances that may include facial recognition, motion detection and connecting with private cameras.

Have you seen poles being installed around the City and are curious what they are for? Well, it is the highly anticipated Virtual Gate System! This system features both live feed cameras and license plate readers which will alert dispatchers and patrol officers of stolen vehicles, amber alerts, and much more. There are currently seven locations in full operation and this Spring all entry and exit points in and around the City will be monitored by the Virtual Gate System. With a 97.2% accuracy rate, this system has shown to be an effective program for law enforcement, and a great advantage in the fight against crime!

Virtual Gate Phase 2 has made significant progress since July. All underground conduits for all site locations have been installed. Project staff included the City’s Urban Forester to ensure all precautions were taken in order to protect the trees and root systems.  In addition to the underground work, the equipment rack locations were identified and temporarily placed for each site.  The locations were based on power requirements and minimal intrusion in the City’s right-of-way/utility easements.  The current construction efforts are focused on completing the concrete foundation of the poles.  Residents may have noticed crews completing the bases within the past several weeks.

Phase II remains on schedule to be completed by the end of the year.

Work is underway to install new license plate recognition (LPR) cameras and Tilt-Pan-Zoom (TPZ) as part of the Virtual Gate Project – Phase 2.  The cameras are equipment with similar technology used in police patrol vehicles that can detect and alert the police department of stolen vehicles, vehicles associated with Amber or Silver alerts and vehicles that are registered with a record of crimes.  The project is estimated to be completed  the end of the year.

Courtesy notices were hand delivered to all affected property owners informing them of upcoming construction.  The City’s goal is to implement Phase 2 with minimal disruption.

The Virtual Gate System continues to be a great success and wonderful benefit to the community. With the license plate readers (LPR) operating with an impressive 97.2% accuracy rate, the virtual gate system is showing to be an effective program for law enforcement.

In the meantime, the city is determined to move forward with the Virtual Gate System and has chosen to proceed with Phase II of the project. The installation process will begin in May which includes placing LPR and TPZ cameras at twenty-five optimal locations throughout the city. Once both Phase I and Phase II are completed, all entrances to the City will be monitored by cameras. With the overall project coming to fruition in the Winter of 2021, the advantages of the Virtual Gate System will forever have a lasting impact on the community’s safety.

Great strides have been made in the progression of the highly anticipated virtual gate camera system. Although still in Phase I of the process, the city is pleased to announce seven key locations have been equipped with multiple cameras. In total, twenty-five license plate readers (LPR) and twelve Tilt Pan Zoom (TPZ) live feed cameras have been dispersed throughout the City. By the second quarter of 2021, a total of fifteen locations will be equipped with seventy-six (LPR) and twenty-eight (TPZ) finalizing Phase I of the virtual gate system project.

Presently, each installed camera has passed the trial phase and is currently active. With the combination of both the (LPR) and (TPZ) cameras, the virtual gate camera system will provide various features. Some of these features consists of: providing a live feed to the police department for monitoring; it can detect and alert the police department of stolen vehicles or vehicles associated with Amber or Silver alerts; and vehicles that are registered with a record of violent crimes such registered sex offenders.

With Phase I nearing completion, the city is currently working with vendors to develop a Phase II proposal to be presented to Council for consideration. Phase II will place additional LPR and TPZ cameras at entrances to the City that were not covered in Phase I. When Phase II is completed, all entrances to the City will be monitored by cameras.  Overall, the virtual gate camera system will encompass forty locations around the city and will provide a great advantage in the fight against crime!

If you have any questions about this project, please contact Police Chief Ken Walker.